As per a new bill passed in Ohio General Assembly, private insurance providers must cover for Autism Spectrum Disorders (ASD).

The new bill states that all insurance plans must provide coverage for diagnosis, screening and treatments of ASD.  A large number of issues have been addressed like, covering for a minimum 20 speech or occupational therapy sessions per year.

The measure has been passed in the Senate by a vote of 26-5 and the house in a 72-21. The bill is in its final stage and has been forwarded to Gov. John Kasich, awaiting his signature.

Hopefully, the bill will help children and adults access services early, which would go a long way in reducing the cost of the services individual’s life later on.

The insurance mandate was one of the many GOP-supported riders that are attached to a foreclosure bill. Many opted to vote against the bill as they raised concerns about other aspects of the bill. 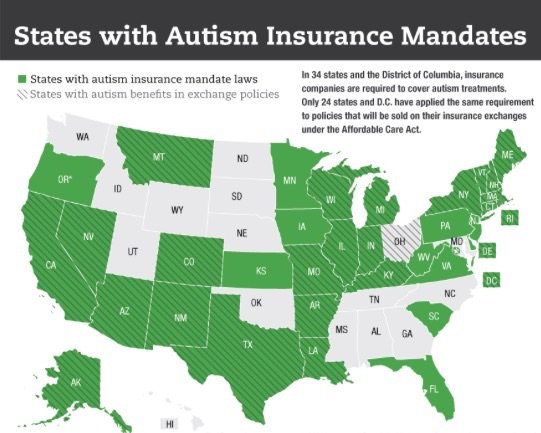 Issues like, banning the use of plywood boards for abandoned buildings; authorising powers to the secretary of Ohio to reject ordinances that are deemed unconstitutional, particularly in case of marijuana decriminalization and anti-fracking methods

A concern was also raised regarding revising housing discrimination laws. A Euclid Democrat – Kent Smith, believes that this bill will weaken Ohio laws that protect families with children, the disabled and the veterans regarding housing availabilities.

Senate – Cincinnati Republican Bill Seitz, brushed aside the concerns and said the bill was a long overdue and it is passed to align with the practices of the state with the federal law.